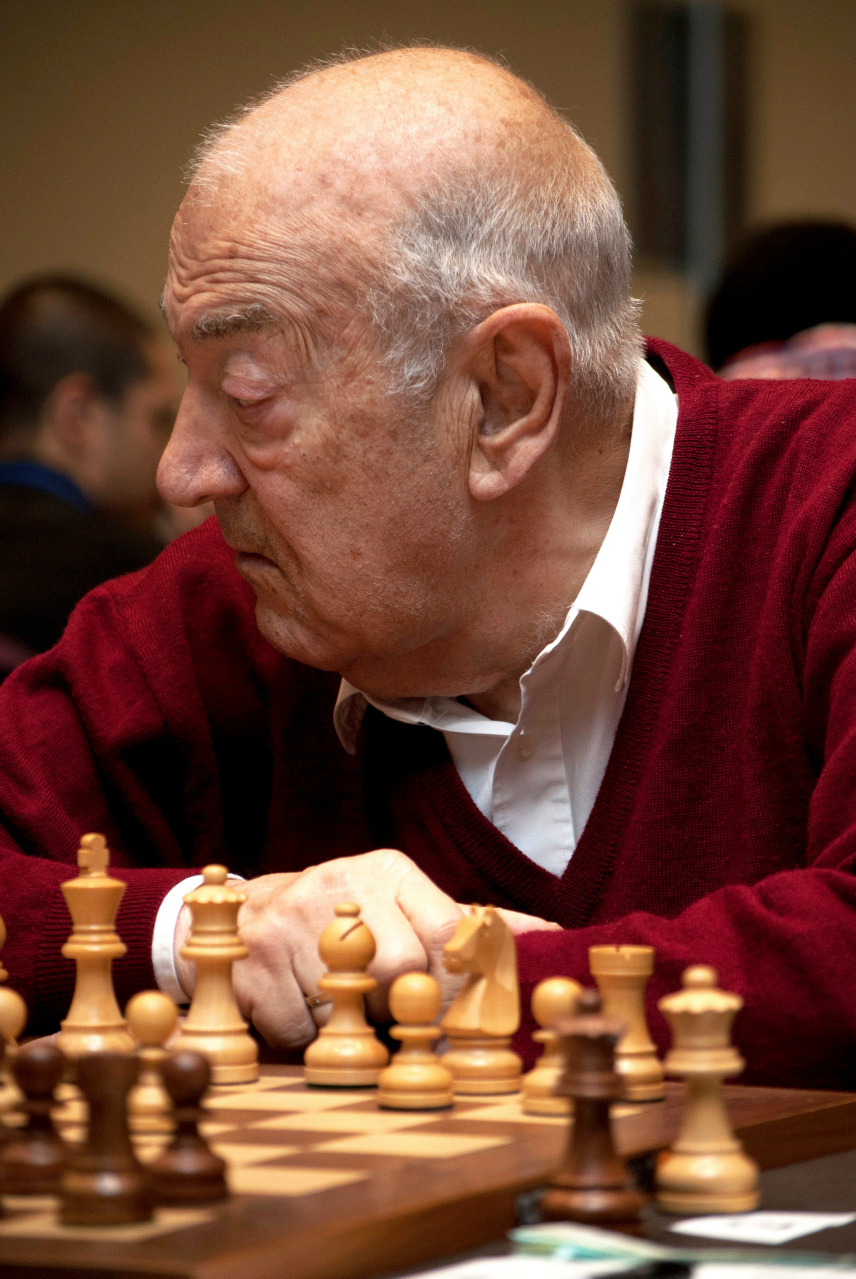 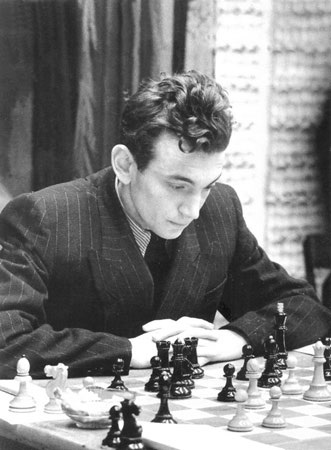 This is a tribute to Viktor Lvovich Korchnoi, the Inimitable and Infatiguable, the 'Lion from Leningrad'. Master of aggressive counter-attacking, in fact, the greatest counter-attacker in chess, and a brilliant defense artist, expert of rook endings, full of fantasy, with a unique willingness to enter double-edged, unbalanced positions.

The iron man of chess who played and beat grandmasters of five generations, from Levenfisch (born 1889) and Lilienthal to Carlsen and Caruana (born 1992), beating a non-surpassed nine undisputed World Champions (including all from Botvinnik to Kasparov).

With a persistant search for new ideas and truth at the chess board, Korchnoi is winner of more than 220 tournaments, matches and team events of grandmaster strength in his adult career.

His fresh style and unrivalled combative longevity should be an inspiration to all of us. A fearless competitor and a non-conformist, always pushing himself to stay in front of theory. GM Viktor Korchnoi will be remembered for a life dedicated to chess.

The man who has spent his whole life in the game

A fighter and a survivor - Obituaries and Reminiscences.

A wrap-up of all past and present major recurring individual international chess tournament *serials* in classical chess (closed invitational round robin all-play-all and open swiss system).

More than eighty tournaments (past and present events) are presented in detail, among them the full story on the former supertournament series of Las Palmas and Palma de Mallorca. Exclusive in the Web: Banja Luka

Featuring uncrowned chess giants, and players who achieved a special cult character, who have become national heroes and / or worked with Viktor Korchnoi as a second (assistant). Sometimes a strong current player is portrayed, too.

From Russia with Love - James Bond 007: A famous film scene!

Exclusive in the Web: Open Superseries, an overview

Register of about twenty recurring international Open Supertournament series (named "Superopen" in analogy to the closed "Supertournament") in classical chess, from past and present.

A Chess Superopen series is big and diverse (strength and largeness of the top participating grandmasters and the status of the tournament in continuation), mixed in gender and ages, with players representing not only various countries, but also different continents.

A selection of strong international invitation chess tournament *series*. By definition, the overview is focussed on series.

Note: Three countries, Spain, The Netherlands, and former Yugoslavia organised the most invitation tournament *series* in the modern era of chess since WWII. Tournament series held from there, are summarized under the corresponding chessdiagonals web sites.

Great Britain (international tournament tradition since 1851) and Belgium (the chess centre of the world in the mid- and late 1980s) are presented in full history in their section respectively.

TRIVIA, especially the Youngest and the Oldest.

On a zero-sum ranking system and Elo rating inflation

Physical chess is back!

The Biel International Festival took place in a reduced form in July 2020, it was the First Major Chess Tournament Post-Corona, since March 2020, when the coronavirus started to cause global lockdowns. 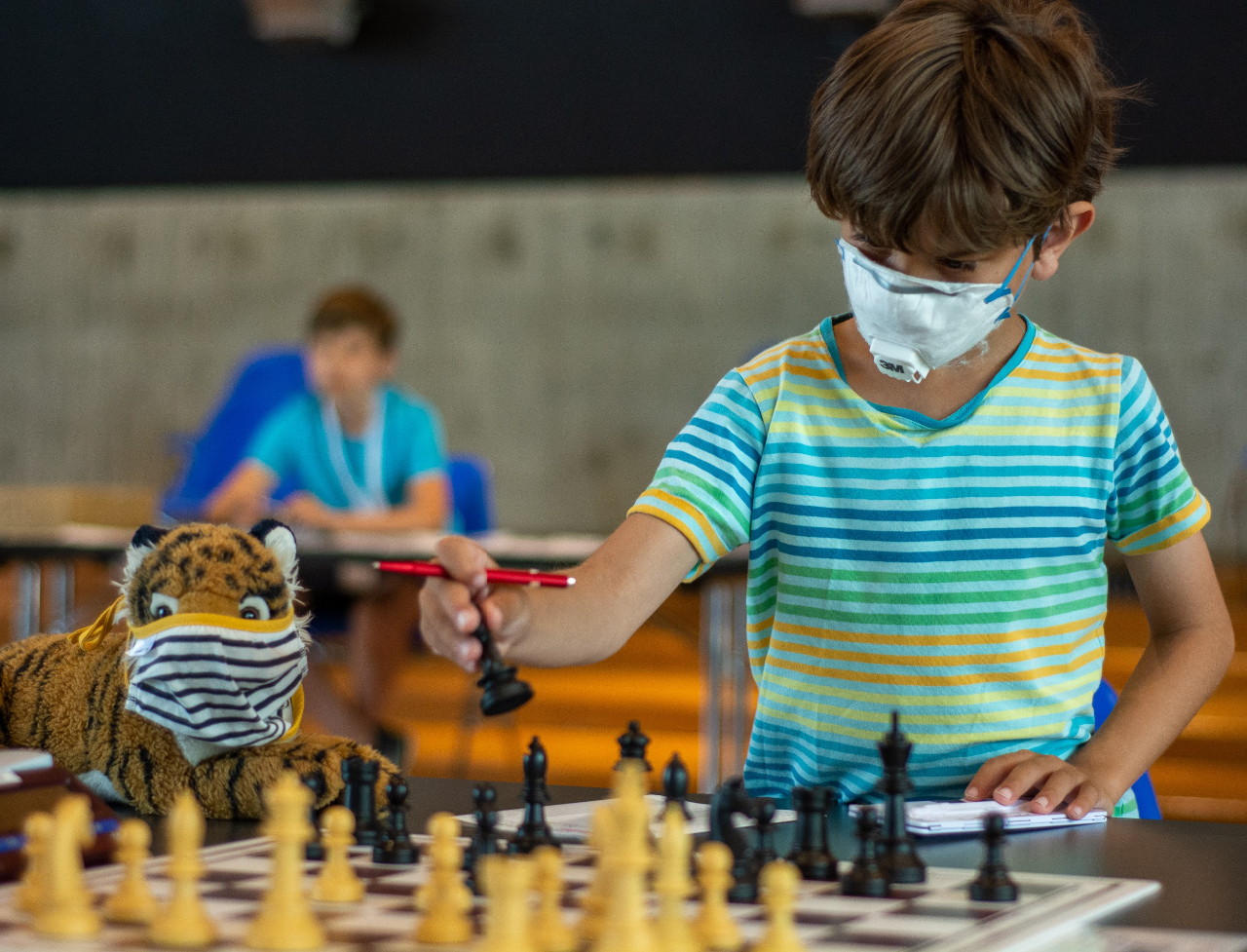 What a Tiger, and a role model for us all in these days! Lennick Rempe in the Amateur tournament section at Biel International Chess Festival 2020 (Photos: Organiser via Flickr) 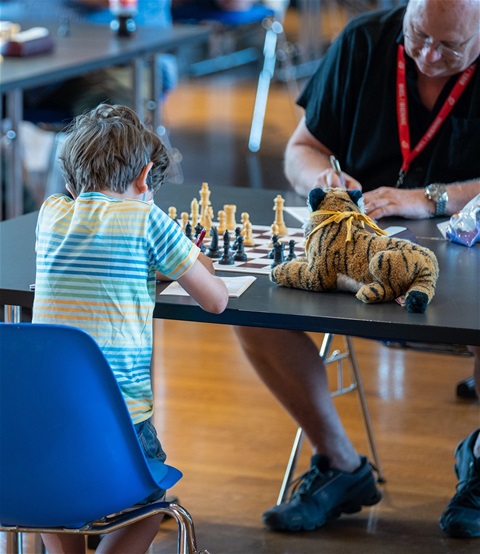 Lennik Rempe, an amateur kid in a chess affiliated family

Lennik Rempe, 9 years, in play during the Biel / Bienne International Chess Festival in July 2020 at the (sic!) Special Corona Amateur Tournament C-HTO, restricted to 150 players, most came from the hosting nation Switzerland and the neighbour countries Germany, Austria, France or Italy, without physical spectators, using extra-large boards, nine round swiss system, a side event of the GM Triathlon (classical + rapid + blitz combined format, see above). 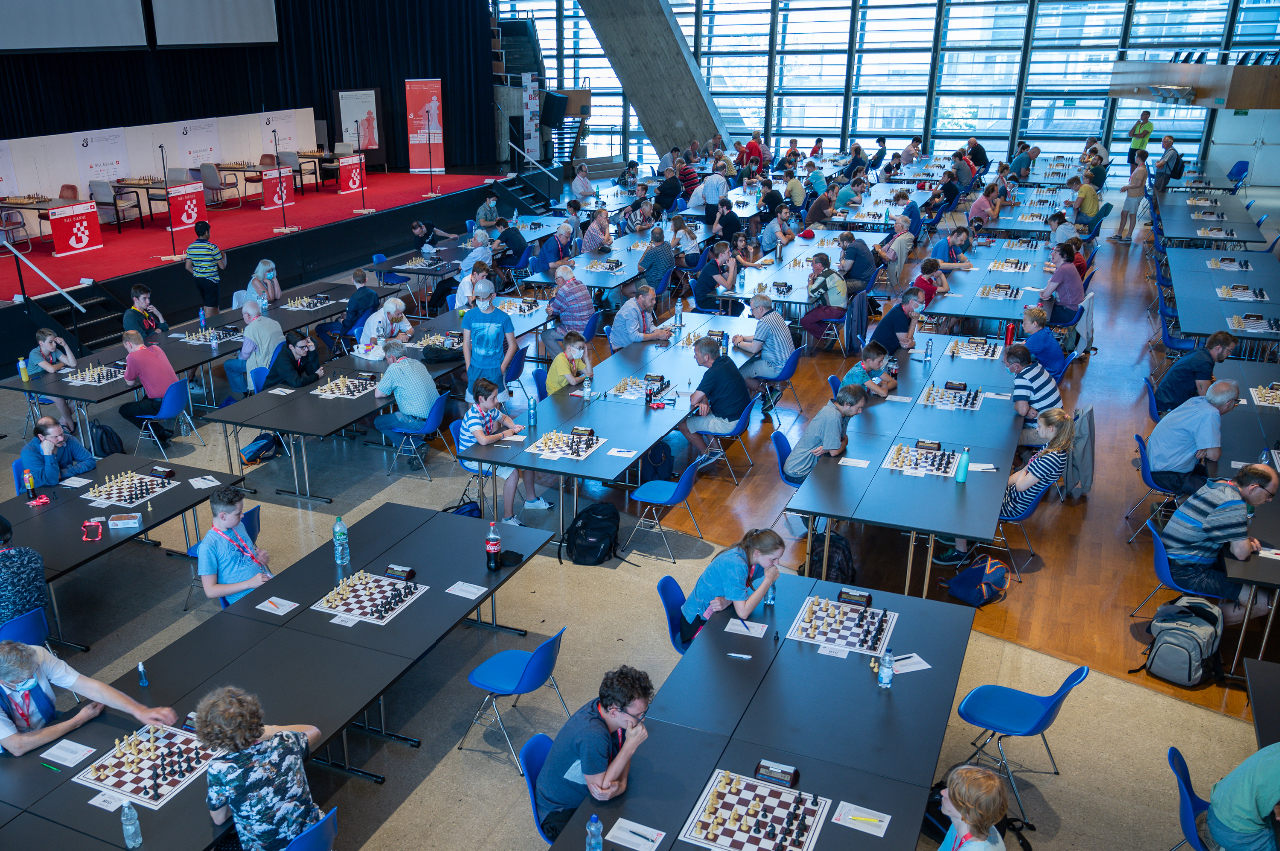 Get vaccinated - Wear a mask - Save lives 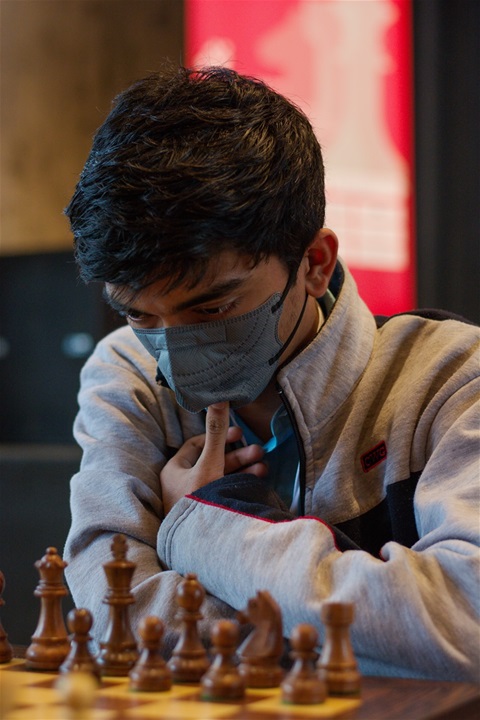 Biel had also been held in 2021, despite the continuation of COVID-19.

In 1993, Gata Kamsky reached third place at the last FIDE Interzonal (swiss system), held in Biel as a 19-year-young. Thanks to this he qualified for the Candidates Tournament 1994/95, which he won and he was thus allowed to compete against Anatoly Karpov for the FIDE World Championship title in 1996. Although he then lost, the IZT in Biel 1993 was the beginning of his world vice champion title. Now, 28 years later, Kamsky has come full circle by winning the Biel Chess Festival 2021! 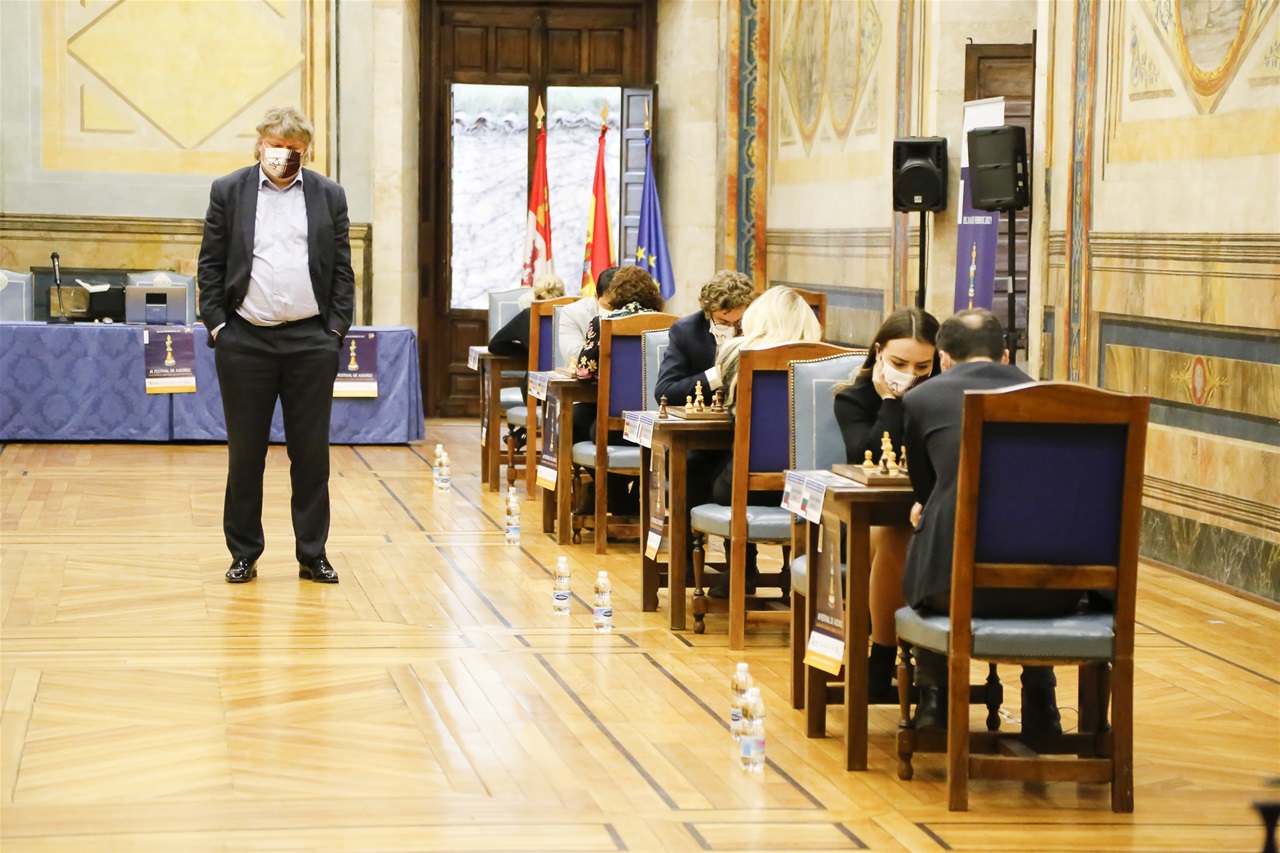 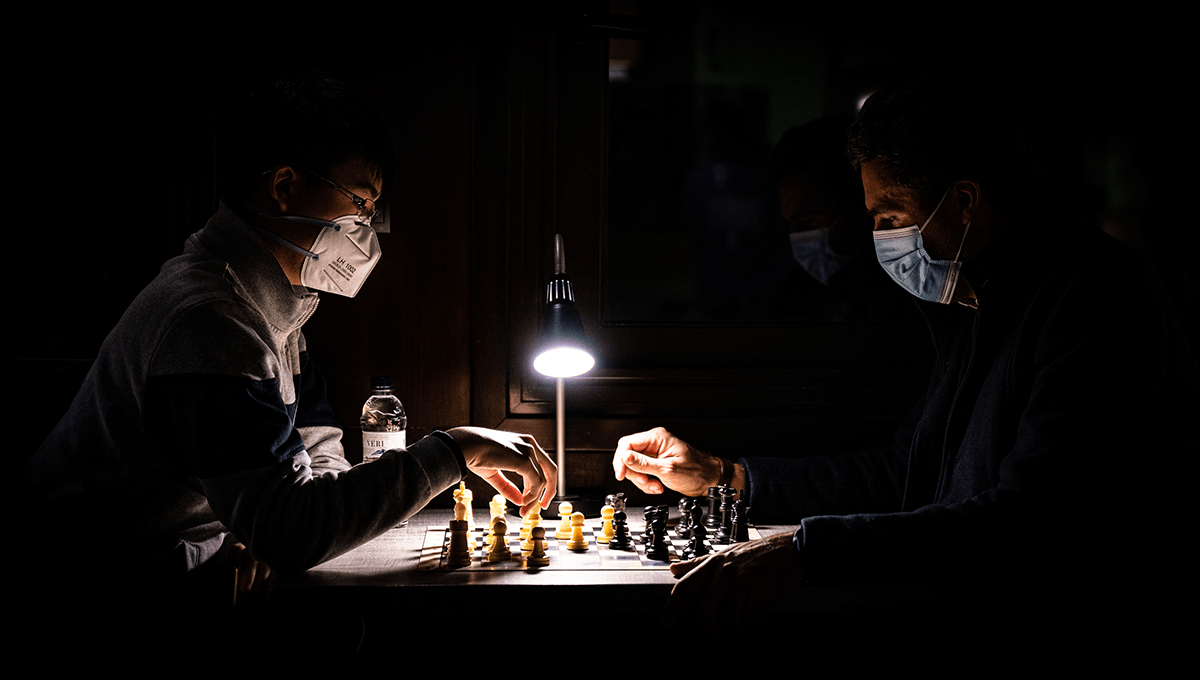 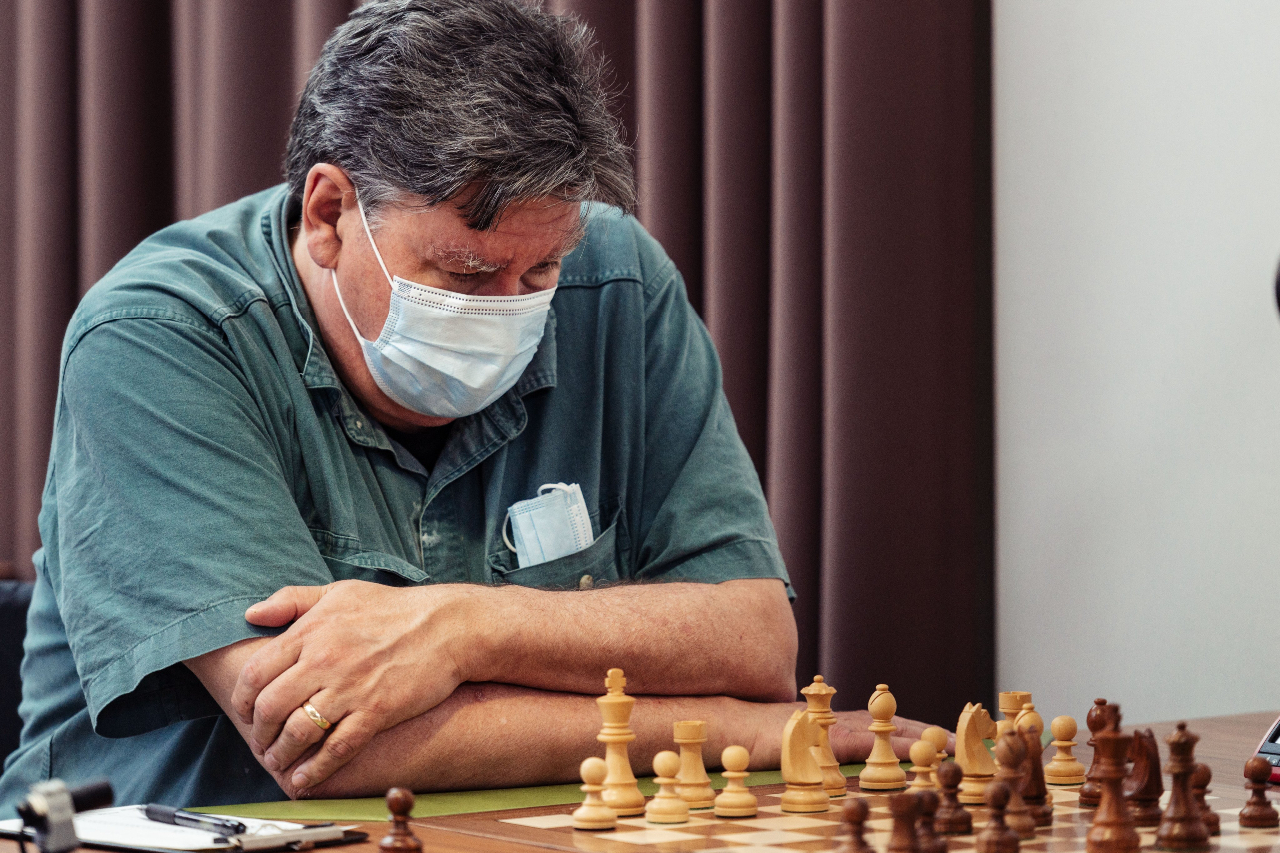 Cigarettes in the pocket... that was yesterday! Grandmaster Larry Christiansen, famous for his attacking style, shows how it goes, if necessary.